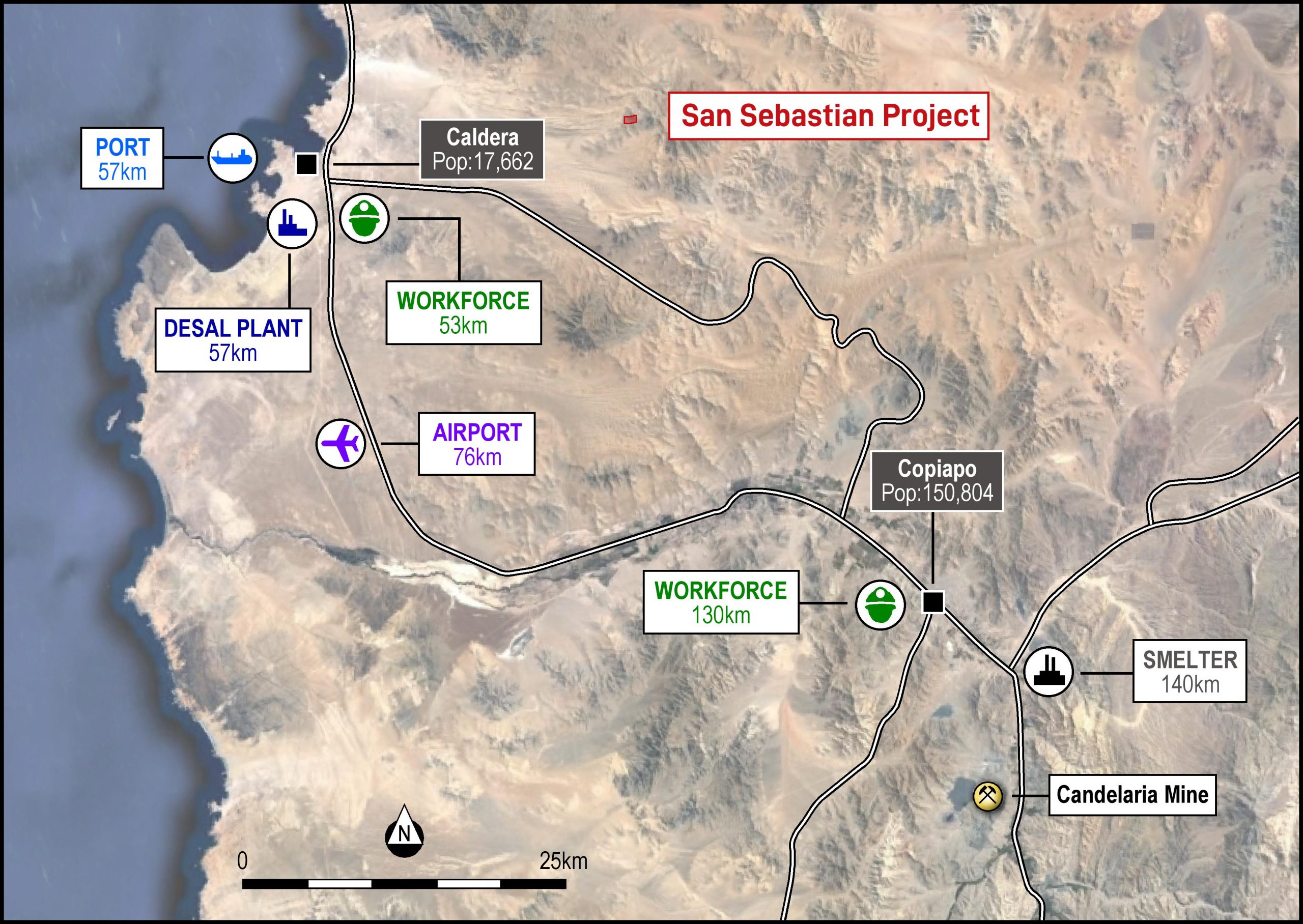 The San Sebastian Project is located approximately 30km east of the port city of Caldera, within Region III of Chile. The project is ideally located close to the coast in the vicinity of an operating port, within 100km of Copiapo, a major regional mining centre, and within 100km of three copper toll treatment facilities. San Sebastian comprises a 45 Ha granted exploration concession covering a strike extensive, IOCG associated copper/gold vein prospect.

The project is located in the southern Atacama Desert characterised by an arid climate and has little, or locally, no vegetation. This limited vegetation consists of desert scrub and low ground cover comprising of flowering shrubs and cactus. Being located in a desert, precipitation is limited and temperatures vary between 15° and 30° during the day and between 0° and 10° at night, depending on the season.

San Sebastian is located in the world-class northern Chilean Atacama Iron Oxide Copper Gold (“IOCG”), a region that hosts both high-grade vein style IOCG deposits of copper and gold with some associated lower grade IOCG style deposits such as Candelaria and Mantoverde.

Ore deposits in this setting are typically vertically zoned with near-surface oxide ore (consisting of copper and iron oxides) zoning into a weak secondary enriched zone and the lower parts of deposits consist of primary ore of chalcopyrite, chalcocite, bornite, pyrite, and magnetite/hematite.

Diorites are the dominant host rock which are in turn cross cut by numerous faults hosting IOCG style copper dominant mineralisation. Structurally the tenement is dominated by a NE trending fault system that is believed to be related to the Atacama fault system, a major control to other IOCG deposits in the region. 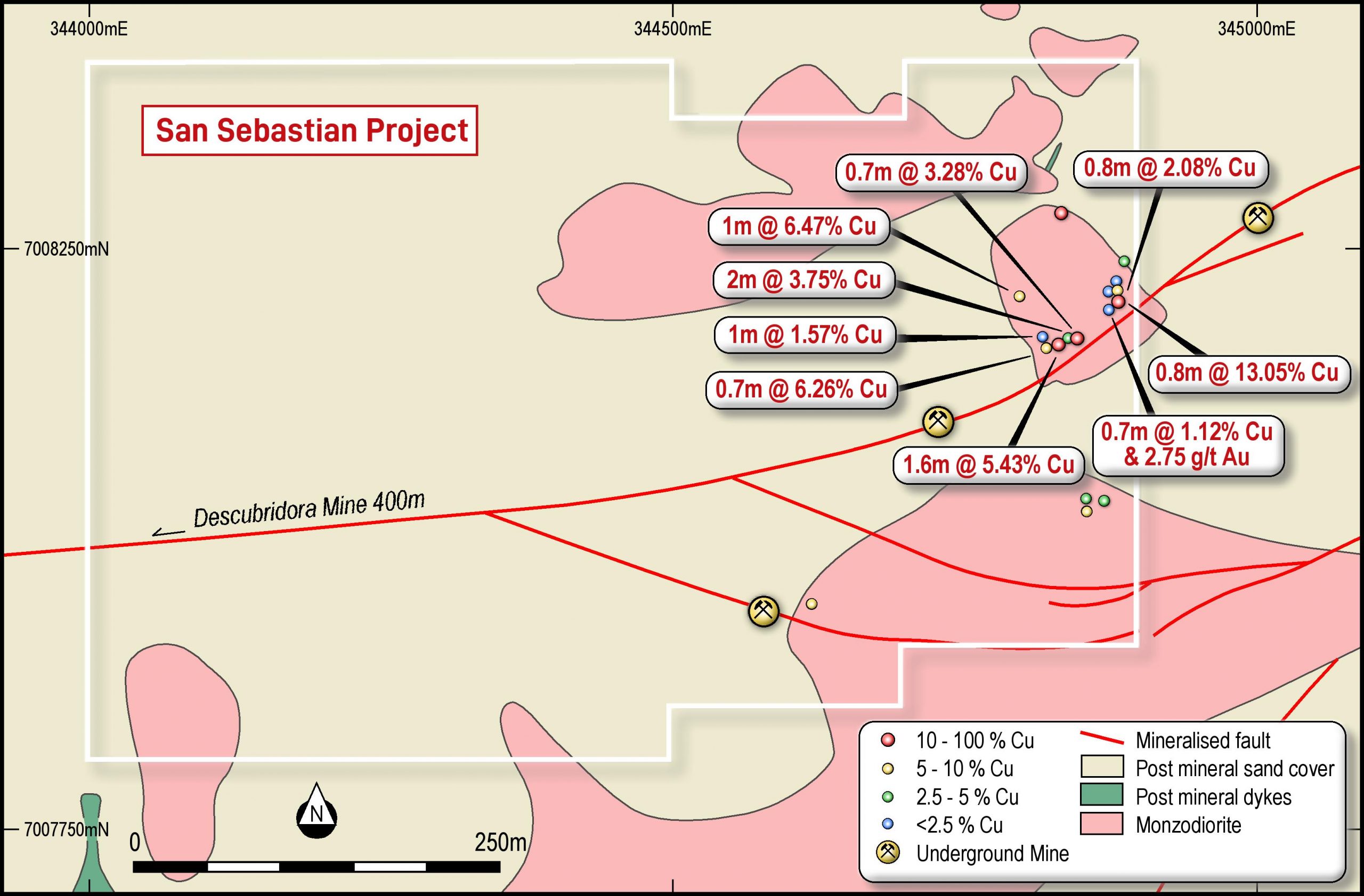 Mineralisation on the tenements comprises sets of quartz/calcite veins and tabular breccia bodies consisting of quartz and hematite hosted within diorites. Three orientations have so far been identified:

Previous mining at San Sebastian extracted material from a main mineralised structure averaging approximately 3m in width along about 300m of strike.

Considerable potential exists for the identification and delineation of additional high grade copper veins, as well as high-grade lenses along the veins at San Sebastian. Similar potential is interpreted to exist for identification of analogous veins under the predominantly sand-covered western areas.

The District is interpreted to have potential for high-grade copper, vein-style mineralisation. In addition, IOCG and/or porphyry-style mineralisation may also be present.  Considerable potential is believed to exist for the discovery of additional high-grade copper veins, comparable to those currently known. With further work, the documented strike length and depth extent of the major vein systems may be increased, together with a number of subsidiary veins.