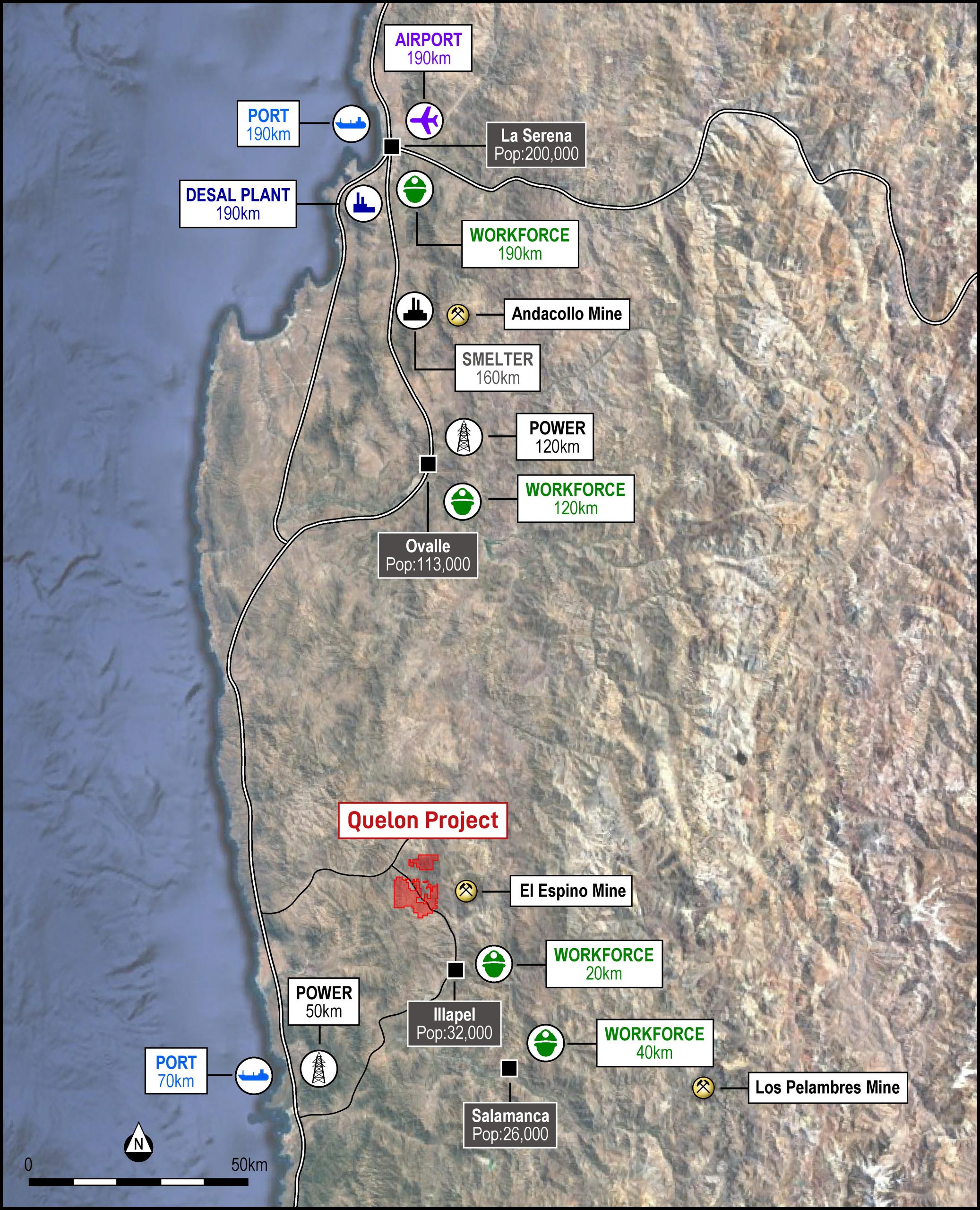 The Quelon Project is located 240km north of Santiago and 20km north of the regional centre of Illapel, in the Province of Illapel, Region of Coquimbo. The project is easily accessed from the towns of Canela (25km) or Combarbalá (35km) by paved roads allowing all year round access. Culpeo has the right to earn up to 85% of the project via exploration expenditure into the project and modest cash reimbursement payments.

The project is located within the Cordillera de la Costa of Chile. This region hosts a number of mineral deposit types, including skarn hosted (related to intrusive rocks), copper porphyries, stratigraphic manto-type and vein hosted deposits.  A number of historical mines are present within the Quelon Project area.

The general distribution of the mineralisation/anomalism in the area trends approximately 330° over an area of 7km by 3km and contains a number of historical mine workings.

These workings are associated with manto style mineralisation displaying variable widths from 1-4 metres and strike lengths may be greater than 100 metres.

Observed mineralisation in the existing workings includes malachite, atacamite and lesser chrysocolla.  Copper grades of up to 3% have been recorded from rock chip sampling in the historical workings. 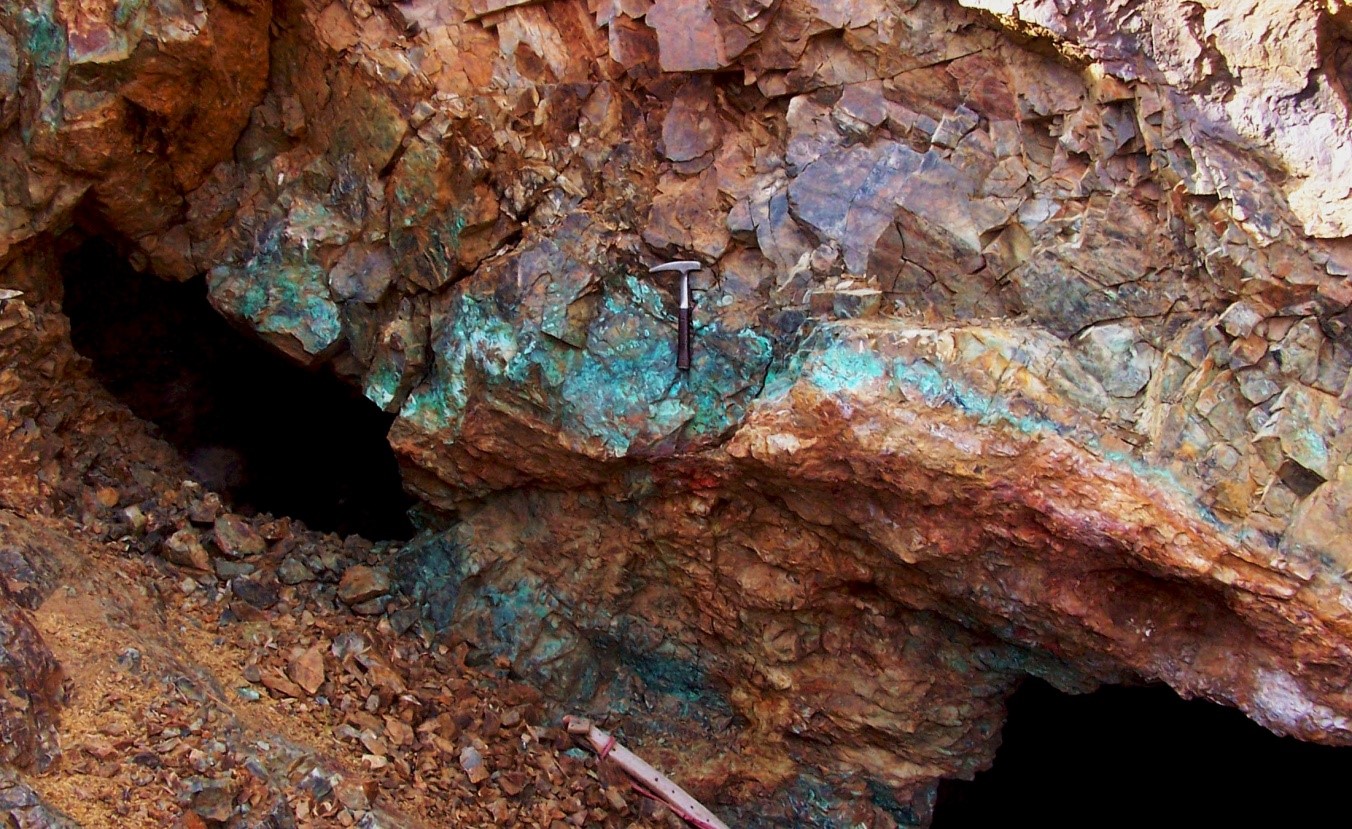 Historical artisanal mining has taken place within the Quelon Project area.  Despite this previous mining activity, modern exploration in the project area is largely limited to rock chip sampling and geophysical surveys. No drilling has been reported in the project area.

The geophysical surveys highlight several magnetic anomaly patterns that are not correlated with topographic patterns and represent target zones for further investigation. High amplitude chargeability anomalies are located over or close to the anomalous magnetic zones defined in the north and south-east and these represent high priority target areas for follow-up. 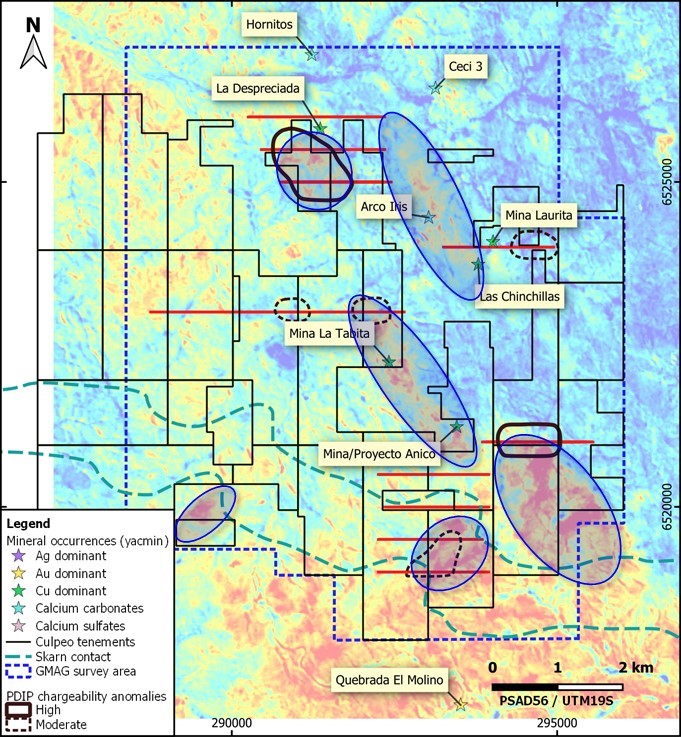