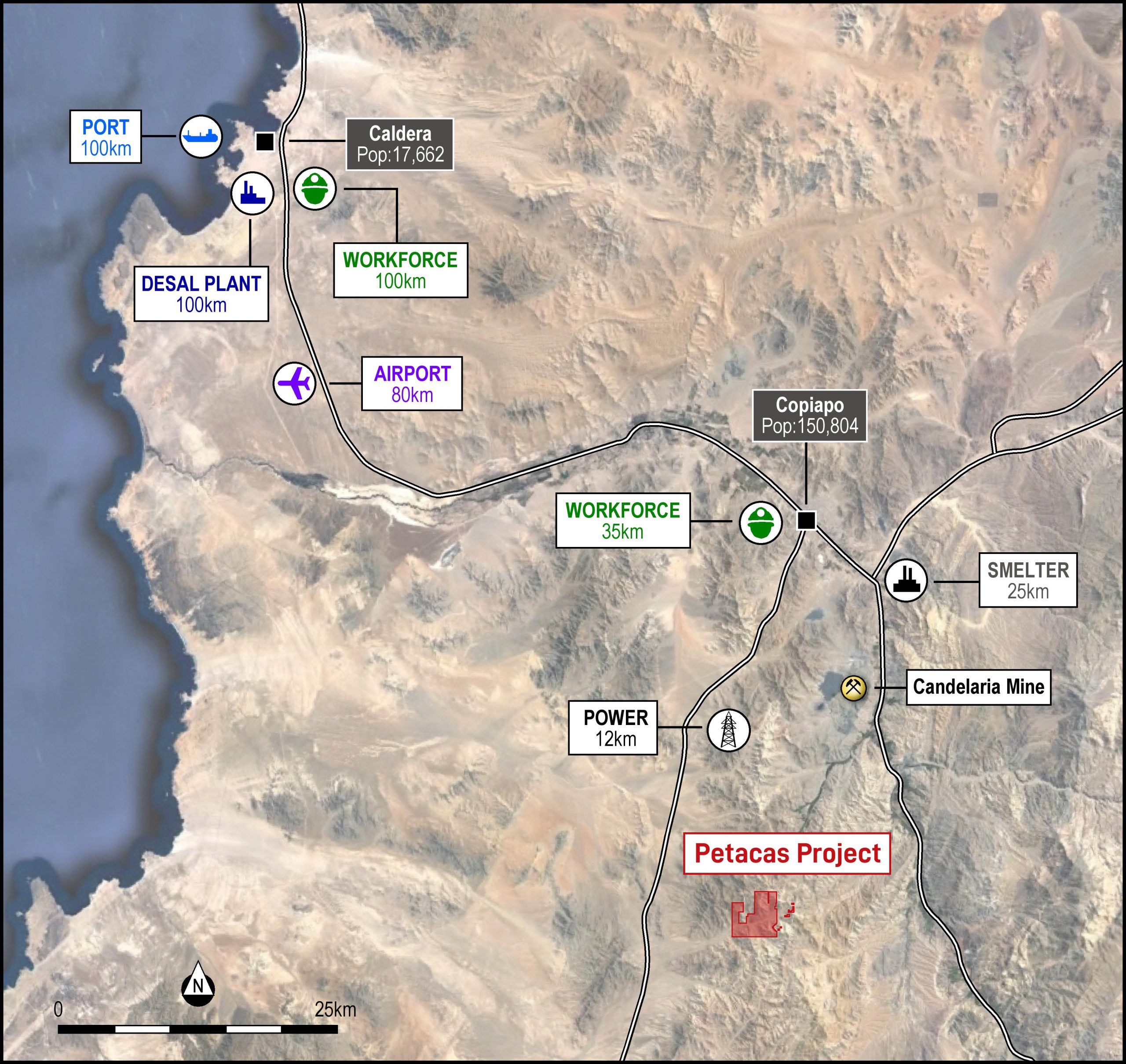 Petacas is located 35km south of the city of Copiapo and only 15km from the world-class Candelaria Mine operated by Lundin Mining (950Mt @ 0.65 % Cu and 0.20 g/t Au). This region of Chile is a Tier One geological endowment IOCG District, and is located on the same regional structure as the Candelaria deposit.

Culpeo Minerals is targeting near-surface, high-grade resources, with a focus on IOCG/Skarn style mineralisation associated with the Atacama Fault System. 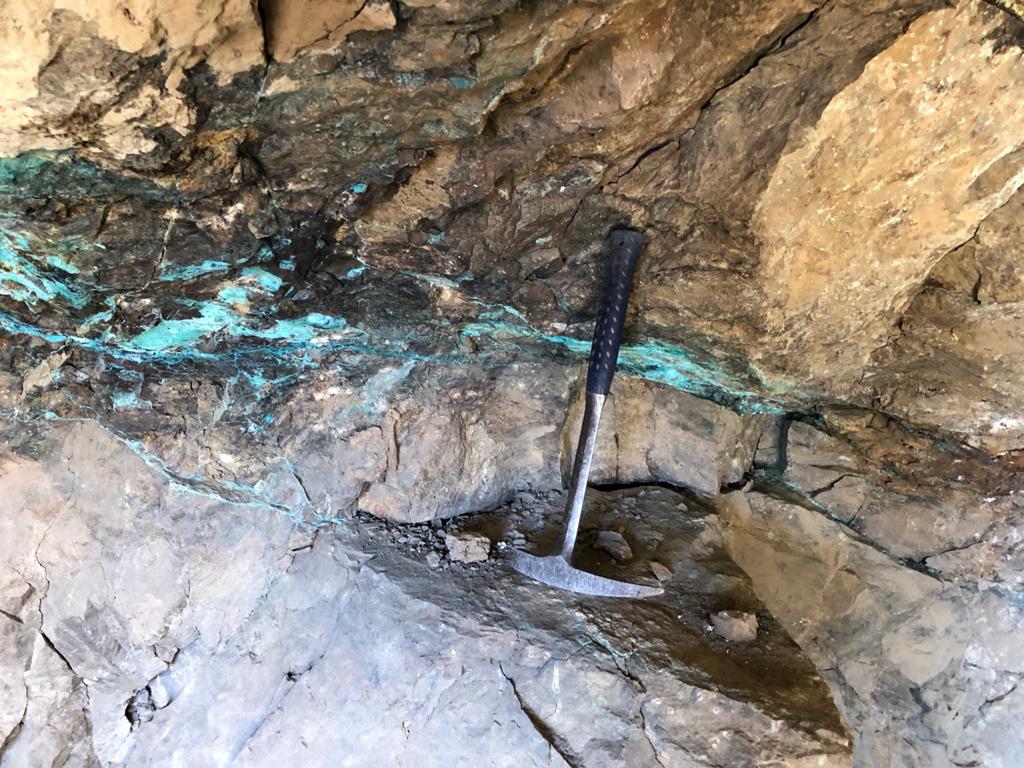 District scale geological mapping has been completed which shows extensive limestone mapped on surface and known copper mineralised trends relating to veins and structure.  Existing (historical) drill holes were focussed on the known prospect areas at the time but there remain large untested zones along the northeast-southwest oriented mineralised corridor containing these prospects. 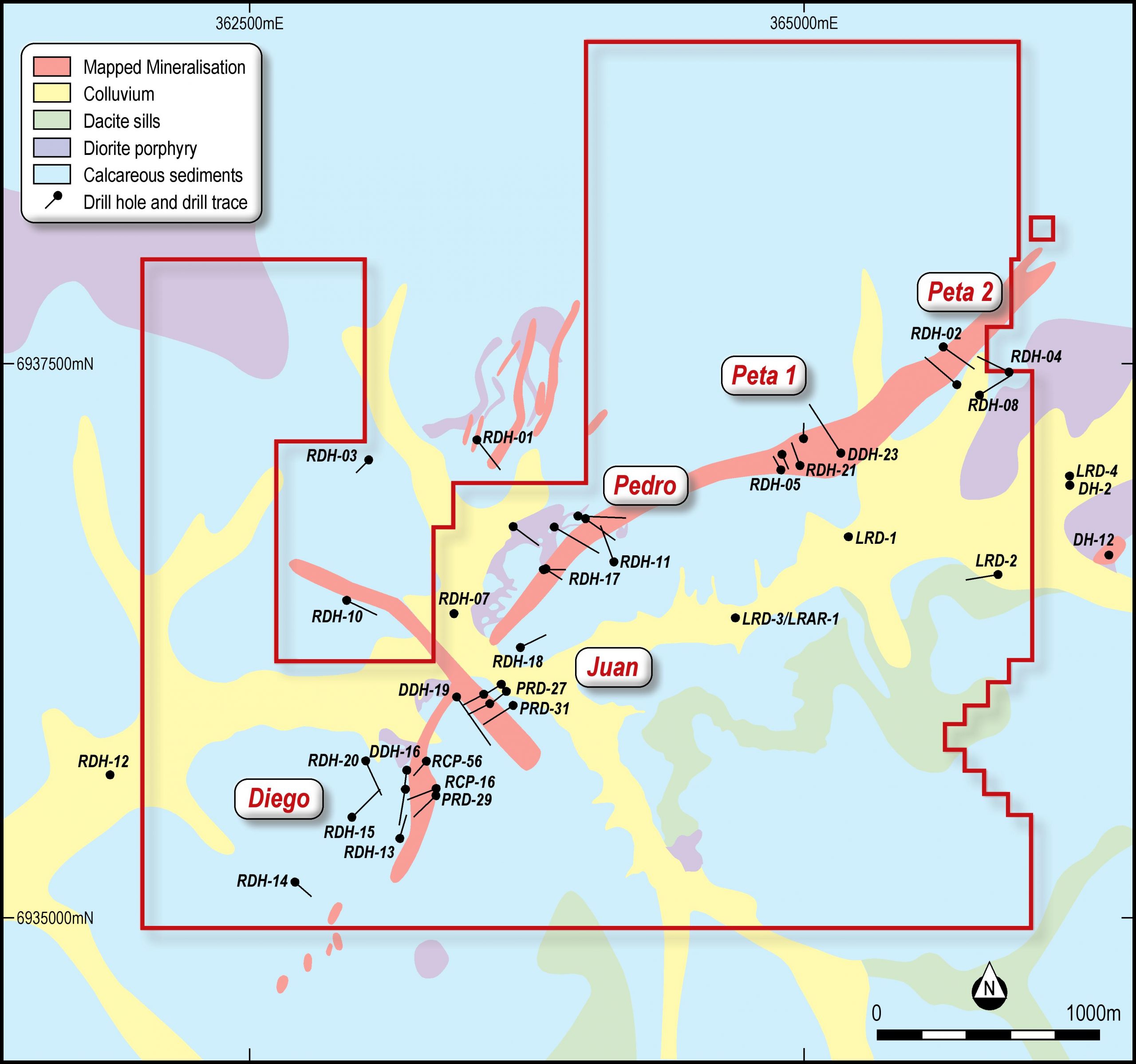 Geophysical survey data shows that the known copper-gold mineralised trends are well correlated with chargeability anomaly lows. Elsewhere within the survey area, the chargeability anomaly highs are widespread and high amplitude, despite shallow dipping limestone being the dominate rock type mapped on surface.

There are several high amplitude chargeability anomaly zones within the data, including a high amplitude chargeability anomaly. This area requires drill testing to determine the source of the anomaly.  Furthermore, additional geophysical surveying over this prospect area ahead of drilling is required.  This will provide better definition of the anomalies in 3D space offering more robust targets for more accurate drill testing.

Culpeo Minerals plans to undertake a 6,000 metre drilling programme to test the recently identified GAIP and DDIP anomalies, that have not been tested by previous drilling. Drilling will also focus on extending known mineralisation and link previously defined copper zones.

The Petacas Project is hosted within the Atacama Fault System (AFS), the same regional structure that hosts the large Candelaria Copper/Gold deposit located 15km’s north. The AFS is the primary structural control on the location of IOCG deposits in Chile. North west trending fault splays within the AFS are important for the localisation of high grade copper/gold mineralisation at Candelaria and recent geological mapping and interpretation has identified these same structural orientations to exist at Petacas.

Comparison with Candelaria, recently identified targets at Petacas have not been tested with historical drilling